It’s hard to imagine life on earth without Harvard and The New York Times, isn’t it? Here’s something that is both fun and educational. But first, I digress.

In the mid-80s, I moved from New York to Seattle. I lasted a year. Because although I knew our planet orbits a star called the Sun every 365 days, I hadn’t had any proof of that during my time in the Great Northwest. So I fled back into the light. Now I’ve digressed in the midst of a digression. If there’s a word for that, please, keep it to yourself.

So there I was, cast into the overcast. People seemed nice. They were inordinately blond and big-toothed. A huge percentage of them had family names ending in -son. Plaid was in, forever probably. Oh, and carrying an umbrella marked you as a rube, and outlander, a wimp! “What rain?!” or “Liquid sunshine!” (That chirpy phrase alone must account for a large number of the annual suicides in the NW.)

One of my first experiences among these curious creaturesons was in a 7-Eleven. It might’ve been a Circle-K. I waited in line and when I got to the cashier, she rang up my items and said, “Wanchyerpopinnasak?” Our conversation spriraled downward:

Now she was getting a little exasperated, and I was kind of embarrassed. I didn’t want to be rude, but I couldn’t begin to make out the language she was speaking. 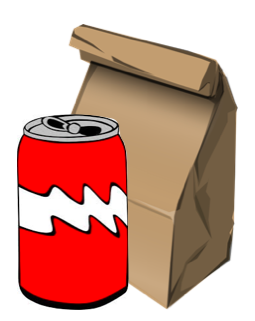 Just then, a helpful voice chimed in from the ever-lengthening line behind me. She is asking you if you want your soda in a bag.

Ah, so wanchyerpopinnasak = want your pop in a sack! OK, I’m down with that. But who the hell calls these things “pop” or “sack”?!

Later, as my journey took me to other corners of this country, I’ve learned first hand (ear?) that we Americans use different words to mean the same thing. And many of these are regional (or subregional) peculiarities. Because what is “soda” in New York is “pop” in Seattle is “coke” in Texas. (Yes, in TX they call every fizzy beverage “a coke”. Which reminds me to re-watch the Louis Black clip on NY vs TX. You’ll find that gem to the right, under ‘Top Shelf’. You’re welcome.) And regional differences are refreshing, I think, in a flattened landscape where every department store from sea to shining sea is now called Macy*s.

So Harvard guy figured out what-people-say-where. NYT guy figured out how to create a rich visual representation of the data. And here’s a 25-question online quiz that pinpoints where the people live who talk most like you. Of course, it’s very likely to be where you were raised. Overall, I say words similarly to others who started out in and around NYC. But you get a little mini-map with each question you answer, which shows that for any given response, your dialect may fall in more with the crowd from Cleveland or Chattanooga than your gaggle in Greenwich or Great Falls. If you spent time in Boston, you might lose an R here and theah. If you went to Brown or RISD, you might find those missing Rs on your pizzer or in the cushions of your sofer. And if you’ve never left the crib, then you can see how funny people talk in all those other funny places that you apparently never want to visit.

Have fun. You’ll learn something. And what were you going to do with the next five minutes, anyway?