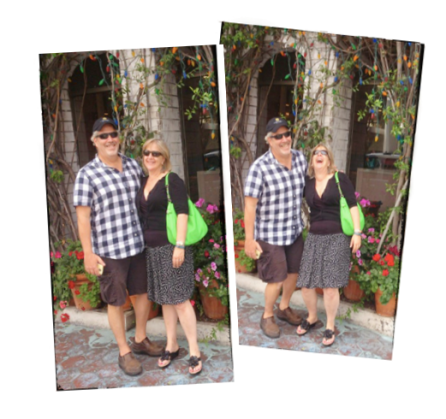 I reconnected a couple of years ago with a friend from our high school days who now lives in Northern California’s Silicon Valley with her husband and two sons. Last August, Kim was shuttling her older son back down to USC for his sophomore year; she suggested we get together for lunch, which was really lovely. How do you catch up after so many years? Wine.

A few weeks ago, Kim telegraphed that she’d be down LA way again – this time with her younger son, who has a decision to make about his own collegiate future. So we had another chance to lunch and catch up and spend an unhurried afternoon together. From what I hear, it looks like they are going to be an All-SC family… which guarantees me a few more lunch dates with Kim. That makes me happy. The dogs too. Especially Bernardo – who is quite smitten with this girl! After our lunch (at Lemonade on Beverly), we wandered around, visiting and window-shopping. Some kid was taking snapshots of his supermodel girlfriend near the Ivy on Robertson, and he was kind enough to take ours. We tried to be adult and respectable, we really did. (We failed.) 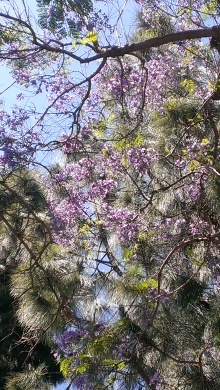 Another wonderful thing happened yesterday. As we were driving to lunch, I spotted my first blooming jacaranda tree of the season. Spring is really here when the jacarandas burst into blue-lavender-purple fireworks. It starts slowly, with the telltale purple haze here and there. And then, ka-BOOM! They seem to be everywhere. But especially in West Hollywood and Beverly Hills. They are native to South America and elsewhere in the Southern Hemisphere, but were brought to Los Angeles a century ago by Katherine Olivia Sessions, the landscape architect for Balboa Park in San Diego. Thank you, Ms Sessions! 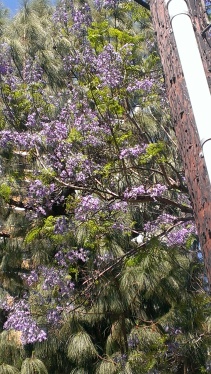 These aren’t terribly good photographs of the jacarandas in my neighborhood, where they mingle with palms and pines. The sun was too high and the colors are washed out. But I’ll get better at it. As long as we don’t have a freak rainstorm, these blooms last for a couple of months. (They bloom again in the fall, but the big show tends to be in spring.)

And here are a few more snaps of local flora from my travels today. Enjoy! 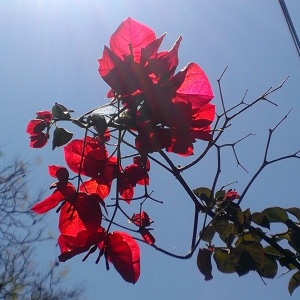 The ruby-reddest bougainvillea I’ve ever seen. 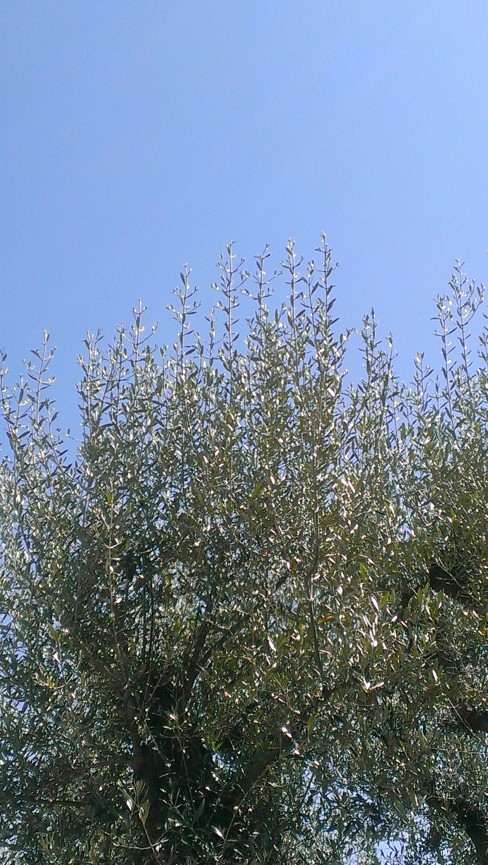 I love the way the new growth on this silvery-green olive tree reaches for the sky. 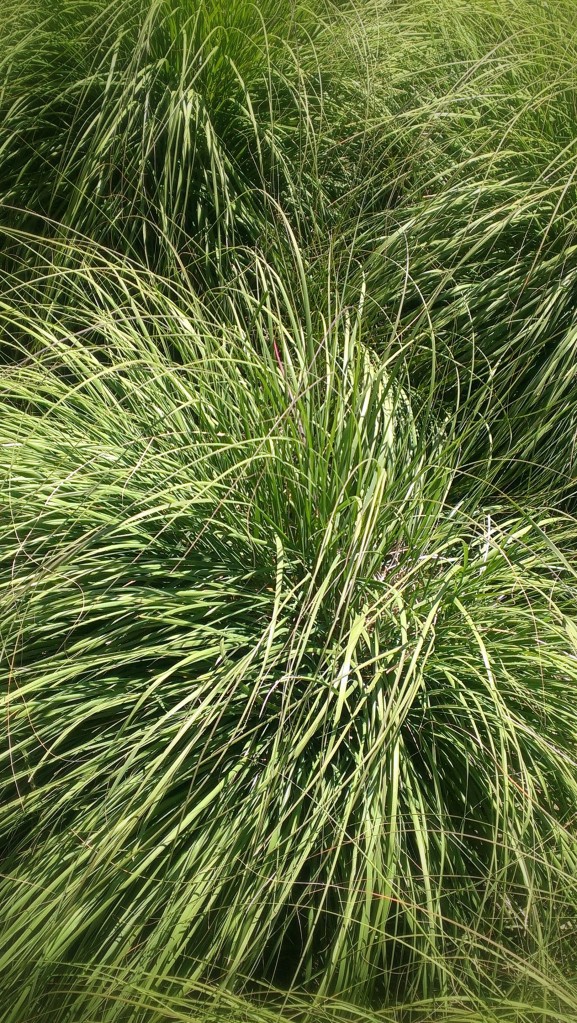 They’re just clumps of tall grasses planted at the edge of a park…
but there’s such exuberance – even without all the flower power.

To old friends and new seasons.

Welcome to my therapy.