How do we survive the loss of a loved one? of a child? of a partner? “Time heals” – and that’s true, to a certain extent. But the passage of time alone cannot mend a shattered soul. It takes a collaborative effort of the head and the heart to escape the crushing gravity of deep grief.

Last year, my friend Lisë endured unbearable loss. The sudden death of her 18-year-old son Eitan… and three months later, the sudden death of her partner Larry. No warning. No mercy. But over these past 18 months, I have witnessed the extraordinary journey my friend has undertaken… to somehow rescue herself from her darkest days. I share this blog entry from Lisë marking 79 weeks since the death of her son. It is such a poignant and uplifting moment that she shares. If you have suffered such an unthinkable loss, or if you know someone who has, I hope this post will offer some hope for the future.

Seventy-nine weeks.
So this happened.

He is grown but young.
The attack from within knocked him flat backward,
tight curls torn open staining black asphalt crimson,
in front of a statue of jeans with a pig snout jutting from the fly,
and a coffee shop.

I recognize this stare,
suspended immobility after the shakes,
gaze blank.

And I stop, and freeze, and stare, seeing, and wring my hands,
an action I thought only appeared in writing, but there they are, the left, the right, holding each other, washing with fingers and skin, pressing against my heart.

A crumpled cream colored towel appears in the relatives’ hands,
supplied by someone,
to prop, protect, that head so it will rest on softness instead…

To document, in words or pictures, that which made you happy. Every day. For 100 consecutive days. With the hashtag #100happydays via whatever social media makes you… happy.

Hmm. Wow. Bummer. AAARRRGGGHHH!  I tried to be so diligent in this task. There were days when I was racing the clock to midnight to get that post in on deadline! (Only very recently did I learn that WordPress lets us backdate posts. But I never wanted to resort to that.) There may be a part of me that wants to go back and fill in those gaps, like touching up holidays on a newly painted wall. But I let go of that nonsense before I got to the end of the last sentence. Were this a quiz, a test or a final exam the 98% grade would make me… happy.

It was still nagging at me, though, so I had a glance at the calendar for those two gaps. March 8 held no clue. March 30, though, was the Sunday of the weekend Eileen was visiting from Boston. I remembered that we spent the afternoon lounging by the pool on the roof of her hotel… and before that we had brunch at The Bossy Wife & Co… HEY! I know I did a post that day because I included a photo of the Bossy Wife logo on their coffee mugs. A quick search found the missing blog post – which I hadn’t tagged “100happydays” so it didn’t show up in that search. March 8? Yup. Also missing the tag.

Well, well. I am so much better than I gave myself credit for! I know… I shouldn’t have ended that sentence with a preposition. That is just the sort of sloppy grammar up with which I will not put! Sue me. I scored 100% on the #100happydays assignment. What do I win?

There was a prize: adhering to the #100happydays regime taught me something valuable. It taught me to train my eye, my mind, my heart, my soul to look for the happiness in each day. It’s there. And not only to look back on the day to recall some happiness… but to anticipate it. To expect it. To watch out for it. Doesn’t have to be a Great Big Pile O’ Happy. And, of course, it usually isn’t. But you know that bullshit about “the little things”? Yeah, so, turns out… kinda true.

Three and a half months of daily fine tuning my antennae for something happy has made me think a little differently about what makes me happy. And what role does happiness play in our lives. Especially the small bits of joy that really are always right there in front of us. Like stones on the beach. You can walk right over them, focusing instead on the surf or the gulls or a dog romping or a kite…

But what happens when you start scanning the sand for just the right rock? You find it. But you keep looking, don’t you? And then you find another. And another. And maybe you hold on to only one just-the-right rock at a time. Or maybe you slip one or two into your pocket. And they sit on top of your dresser or in a drawer in the kitchen. Or they gather in a giant vase on the living room floor. (The one next to the even bigger vase full of wine corks.) Why? Because they simply remind you that the beach exists, even when you’re not on it.

So it is with the happy. It can’t make the unhappy things in life go away. I knew that. But I may have discovered that the reverse is also true. It’s not a zero-sum game. We can still find some good stuff, even in the midst of the biggest shit storm. It’s still there.

We just have to remind ourselves to look for it. And that’s what #100happydays taught me to do. Look for it. Acknowledge it. Appreciate it. Own it. So, it’s been a great little exercise. Even – especially – for this unapologetic cynic.

And now, back to the shit storm! But I’ll post some happy here and there. People seem to like that.

One of the more interesting things about the Grant Study is that it exists at all. This longitudinal study followed hundreds of Harvard men though 75 years of life – beginning in 1938. That alone is quite an accomplishment. But the study aimed higher. It wants to know (and dares to tell us): What makes us happy?

The Business Insider synopsis (link below) has a link to a lengthy article in The Atlantic from 2009, which goes spelunking into the caverns of data collected in this study. (I haven’t read the longer article yet. If there are moral or ethical land mines ahead, well, proceed at your own risk.)

Of course, from our oh so highly evolved vantage point 75 years later, the very premise of this study does seem a bit quaint – if not ridiculously condescending. Let’s compromise there and agree to call it somewhat limited in scope.

The only people qualified to be part of this study were men (presumably white) born c. 1920 who entered Harvard College (so, sufficiently educated and wealthy) in the late 1930s. They got their start in life just after the end of WWI and found themselves at Harvard just before the outbreak of WWII. They survived the deprivations of Prohibition and their fortunes had survived The Crash. All in all, they’d had a fairly cushy berth on the way to participating in the Grant Study. (A soupcon of context: JFK was just two years ahead of these Harvard plebes.)

But, it’s where each man went from there, what he went on to achieve, and how much fulfillment he reported over the years that informs the study and its conclusions. One drank himself to death before the ink was dry on his sheepskin. One said he ‘wouldn’t change a thing’ after 60 years of marriage. And everything in between. Or, as much of “everything” as this plaid-clad cohort is likely to have experienced in 20th century American life. Is there a formula for happiness? Can two people even agree on a definition of happiness? And might we surmise some natural divergence among the post-graduate experiences available to a man from Yale or Princeton, or – heaven forfend – Berkeley? 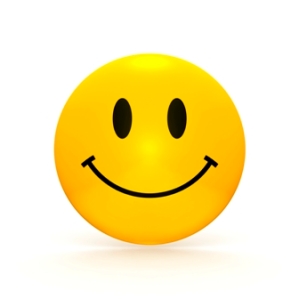 George Valliant, who piloted the study for three decades, has succinctly stated the study’s findings: “Happiness is love. Full stop.”

As for the fairer sex… this study would advise her to marry a liberal Harvard man who loves moderation and his mother – and then hang on tight. Your reward, apparently, comes in your seventh decade and beyond. Unless you’d rather be shopping, in which case you should choose a conservative Harvard man.

Extra Credit
One GET OUT OF DETENTION card goes to the first person who correctly identifies (in Comments) the source and meaning of the title of this post. (Unless you’re Kip Meyer, Class of ’84.)